Advocacy planning in Madrid: the bottom-up regeneration of Virgen the Begoña

Virgen de Begoña is a neighborhood located in the North of Madrid, and is the site of Paisaje Transversal’s first bottom-up urban regeneration plan. In 2011, we teamed-up with the Neighbors Association of Begoña to initiate an integrative plan of action that would address neighborhood issues such as housing conditions, deterioration of buildings and public spaces, and the need for increased economic opportunity. The neighborhood is home to just over 8,000 residents, with a large aging population that is especially vulnerable.
During the past six years, the regeneration process in Virgen de Begoña has been propelled by activism from within the community. Each June, we have joined residents for Fiestacción, a yearly gathering to celebrate local culture and civic engagement. At Fiestacción, we have carried out various initiatives, taking shape as inclusive games with pedagogical elements. Early in our collaboration, we hosted a giant game of Trivial Pursuit that also introduced discussion of local geography, history, and neighborhood dynamics. 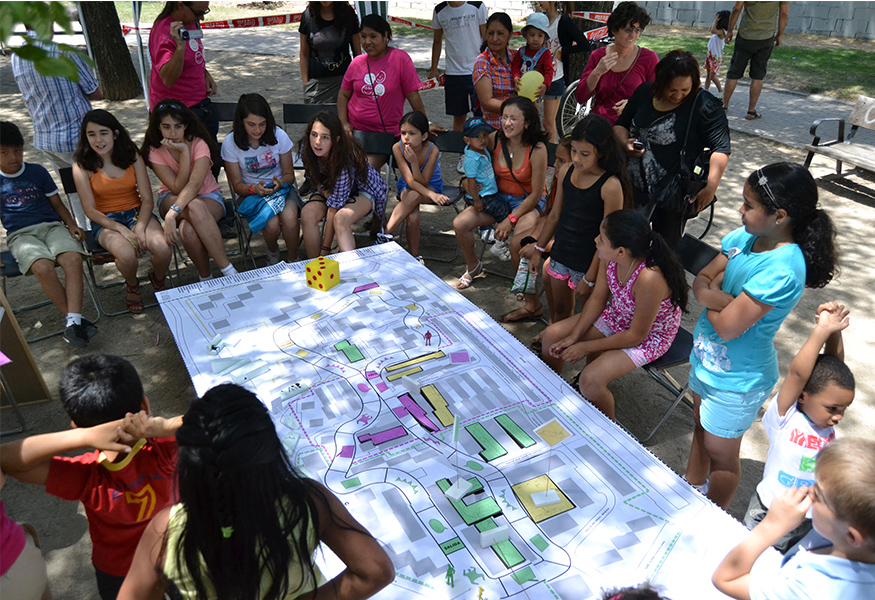 In 2016, the event doubled as Día del Plan, an opportunity for us to present PIER to the Virgen de Begoña community. We have proposed a plan for increased accessibility throughout Virgen de Begoña. Our first initiative is to improve pedestrian pathways by removing physical barriers such as steps and stair wells, repurposing pavement and stonework, and reconfiguring both parking and public spaces. Making neighborhoods more walkable encourages interaction with public space, fosters social cohesion, and supports local commerce.
Virgen de Begoña has provided a local context for the PIER methodology and served as a laboratory for citizen participation. Quantitative diagnostics and community input, have led us to establish several priorities. While the final stages of this process have yet to be accomplished, a collaborative plan is in place to improve the quality of life in the neighborhood. Here is a more detailed look the core objectives of PIER in Virgen de Begoña. 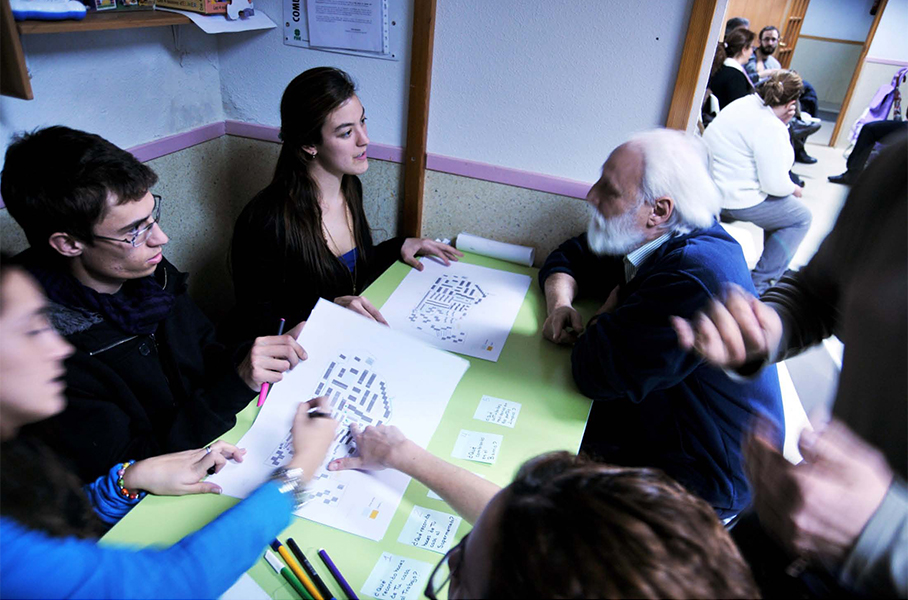 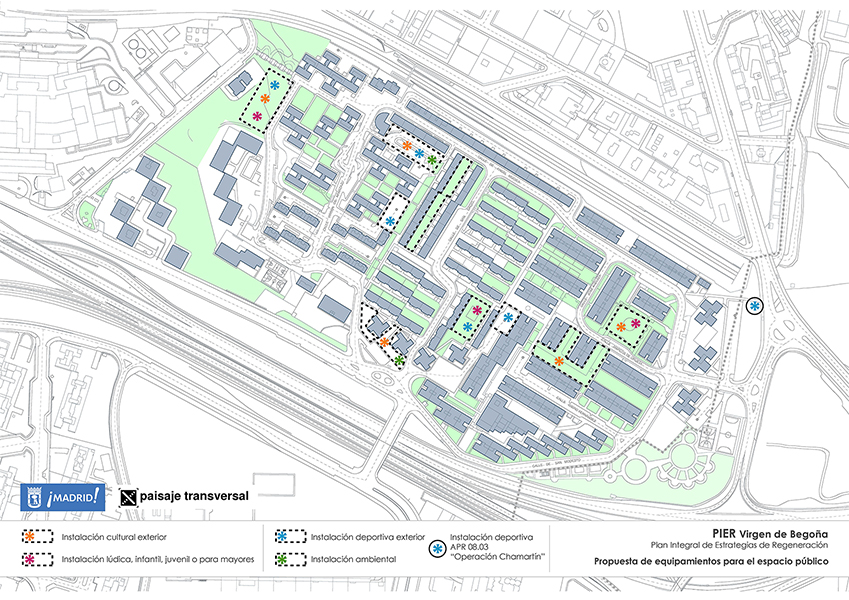 Paisaje Transversal’s application of PIER is Virgen de Begoña set the tone for bottom-up neighborhood regeneration and demonstrated the essential, social element of Paisaje Transversal’s work. As evident from Virgen de Begoña residents, people want to be involved and invested in their communities. However, they often lack the resources to enact the change they wish to see in their neighborhoods. Making urban design and problem solving accessible to the public, through pedagogical games and mapping, is truly innovative. PIER laid the groundwork for a communal planning process. It continues to be replicated in other contexts across Spain and could very well be adapted in communities globally.
More about VdB
We are available in English too!
To read more posts in english on Paisaje Transversal blog, follow this link: http://bit.ly/PT_English
Advocacy PlanningBottom upDesarrollo Urbano SostenibleEnglishJuegoMadridParticipación CiudadanaPeriferiaRegeneración Urbana IntegralUrbanismo ColaborativoVdBVirgen de Begoña
FacebookTwitterWhatsappEmail
entrada anterior